Attention to the participants of the 10x10 running relay-race! 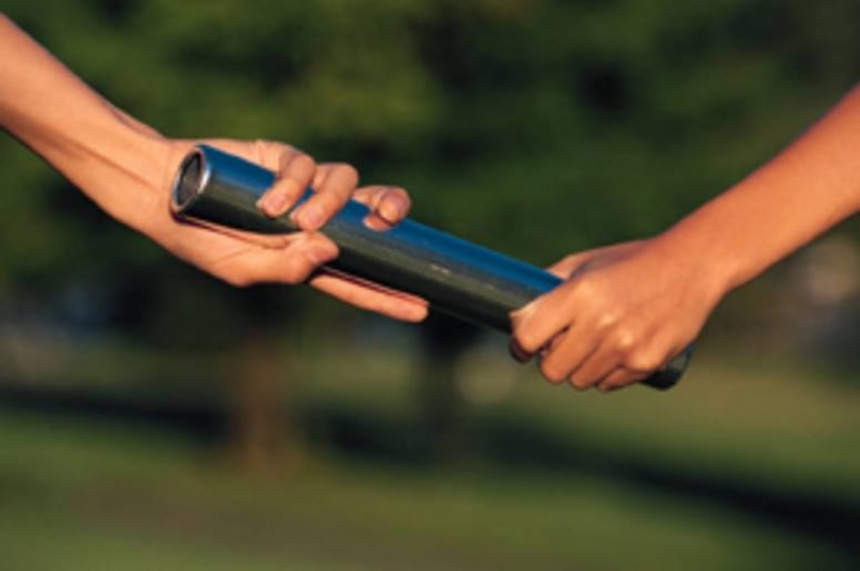 Team participants are to allot the stages on their own.

Team participants will have to bring the relay-race baton which is equipped with a time measuring element.

It is strictly prohibited to pass the baton to any kind of a bystander.

Passing the baton is only possible in special places marked on the route, close to the start/finish line.

The batons are to be distributed to the teams before the start of the relay-race.

After the 10th member of the team has finished the race, the baton is to be returned to the race referees. In case of not succeeding in finishing the route, it is obligatory to return the baton to the race coordinators.

The sequence of team running:

You are supposed to preliminary evaluate the abilities and running time of each team member (runner), i.e. team members have to calculate the start of the next running relay-race’s stage according to their runners’ abilities. Please, make sure to arrange the preliminary schedule of a teams’ runners’ times.

The start of the 1st stage is due to begin at 6 AM.

A participant will have to bring the baton which he/she is supposed to pass to another runner in a specially equipped sector ONLY.

The runner of the second stage starts running only after getting the baton from the runner of the 1 stage, etc. The members of the participating teams are to calculate the start of the next running stage on their own after evaluating their runners’ abilities.

The last finished the race (the 10th runner) has to return the baton to a referee.

Each runner can be a member of one team ONLY.

Each runner can get through one stage ONLY.